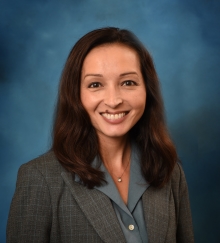 Eva Davis grew up in Canton and is a proud graduate of Canton High School. With a background in customer service, research, and publishing, she became a librarian in 1998, and has held her dream job here since 2008. Having experienced Canton both without a library (pre-1980) and with a library (1980-present), she thinks that the community is definitely better off now, and is committed to continuing CPL's award-winning excellence. 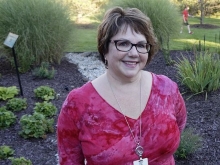 Marian Nicholson joined the library in 2010 and became the head of Business Services in 2014. Coming from the private sector, for-profit business world she finds her work with the library to be refreshing change. A long time Canton resident, Marian enjoys nature and is a champion of local wildlife. 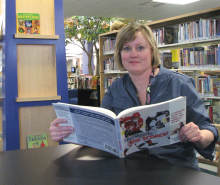 Laurie Golden majored in Journalism at the University of Missouri and was drawn to the dark side, creating advertising designed to make you covet things you don’t really need. Turning her talents to serve the greater good, she started at the Canton Public Library in 2005. When not spreading the good news about libraries, Laurie patrols the blue line in a women’s hockey league and watches an inordinate amount of youth sporting activities. 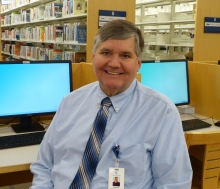 Rudie Noble is a native of metro-Detroit and Canton resident since 1992, and brings to CPL over 40 years of Information Technology experience within various business sectors, including; manufacturing, insurance services, retail, and healthcare. He and his wife, Diana, are the parents of adult twins. Rudie enjoys traveling, spending time with friends and family camping, hanging out at the pool, and keeping up with the latest in politics.

Nichole Welz received her Master’s of Library and Information Science from Wayne State University in 1998, but has been working in libraries since 1988. She gets chills of excitement when a young patron signs up for a library card and has great enthusiasm for keeping all kids coming in to the library over and over and over. She and her two children believe, with all of their hearts, that if Gerald and Piggie ruled the world, all beings would eventually live in complete peace and harmony. 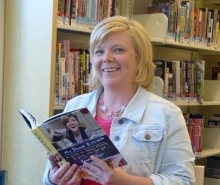 Laura Fawcett graduated from Wayne State’s School of Library and Information Science in 1999 and has been serving the people of Canton for over 13 years. As Program Librarian, Laura loves creating unique and exciting experiences for library patrons to enjoy. As an avid crafter, her favorite programs are the ones that require a glue gun and sequins. Laura is particularly passionate about social media and can often be found stalking Facebook, checking Tumblr tags or watching YouTube videos, much to the dismay of her three charming children. 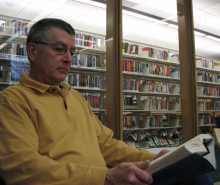 Jim Laffey grew up in Plymouth, went to Our Lady Of Good Counsel Elementary School and graduated from the "original Plymouth High School" in 1970. After a career in the automotive industry he came to work at Canton Public Library in 2006. He enjoys his faith, family, golf, and fishing.